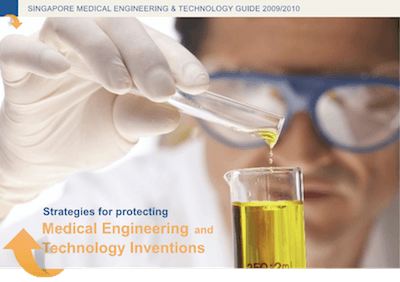 This brief review provides some pointers on how best to achieve strong, broad and effective IP protection for medical technology inventions.

No One Size Fits All Strategy

The key thing to realise is that there isn’t a “one size fits all” patent strategy that is suitable for every medical technology invention.

One reason for this is the breadth of technologies the term encompasses. As this Guide amply demonstrates, “medical technology” embraces a wide range of technologies, from therapeutics, diagnostics, implantables, medical devices, research instruments to healthcare IT and hospital equipment. Some of the inventions underlying the products and companies you see on these pages will be essentially mechanical in nature. Others may involve some simple or very complex electronics, with a strong component of software. Yet other inventions may be based on discoveries of chemical or pharmacological effects of new or existing drugs.

Although IP laws differ from country to country, in general, an invention will usually be considered patentable if it meets the requirements of novelty, inventive step (non-obviousness) and industrial applicability.

As an example, in many countries, there is a rule that the patent must “enable” the invention it claims. In other words, it has to disclose the invention in a manner sufficiently clear and complete for it to be carried out by a person skilled in the art. Enablement is rarely an issue with patents for mechanical inventions such as simple medical devices.

On the other hand, issues of sufficiency and Written Description are significant for inventions in the diagnostic and therapeutic realm. The standard of disclosure needed can be quite high indeed. It is therefore perhaps not surprising that an Opponent or applicant for revocation of a patent will usually adopt, as a first line of attack, an argument to show that the patent contains an insufficient disclosure to enable the invention.

For this reason, particular care will need to be taken to ensure that patent applications for such inventions are competently drafted by a patent attorney who both understands the technology, as well as the sufficiency requirements for the technology in question.

Once an application is filed, the patent prosecution strategy that is adopted also needs to take into account differences in technology and commercial needs.

As an example, a company dealing with diagnostics or therapeutics might wish to delay procedures as far as possible in order to push back the costs associated with prosecution and grant. A number of strategies could be considered to achieve this. A common strategy is to make use of the priority year available under the Paris Convention and to file an International Patent Application (PCT application) to delay national filing and translation costs. Another strategy is to make use of deferred examination in such places as Canada and Japan, etc.

On the other hand, such a strategy would likely be wholly unsuitable for a medical device manufacturer which has a product in late stage development about to be launched in the market. Here, separate national filings or early entry into PCT national phases, coupled with accelerated examination and early grant, might be more suitable.

Amending the Application After Filing

Particular care also needs to be taken when making changes to a patent application once it has been filed.

It is usually possible to amend the claims, even to broaden them, after filing. However, the patent laws of many countries impose a more-or-less strict rule that any amendment should not include subject matter that is not disclosed in the application as filed. The “added subject matter” rules are particularly strict before the European Patent Office and European national jurisdictions.

Nevertheless, we believe that it would be wise to adopt a cautious strategy when amending patent applications in Singapore.

In summary, patent protection should be regarded as the primary means of protecting a medtech company’s intellectual assets, and some thought needs to be given to appropriate drafting and prosecution strategies. The advice given by a suitably qualified patent attorney working within the field can be invaluable.

Apart from patents, it should be remembered that trade marks and registered designs can supplement and round out the protection provided by patents. For this reason, they should not be ignored, but like inventions, considered early on as an integral part of the commercialization strategy of a company.